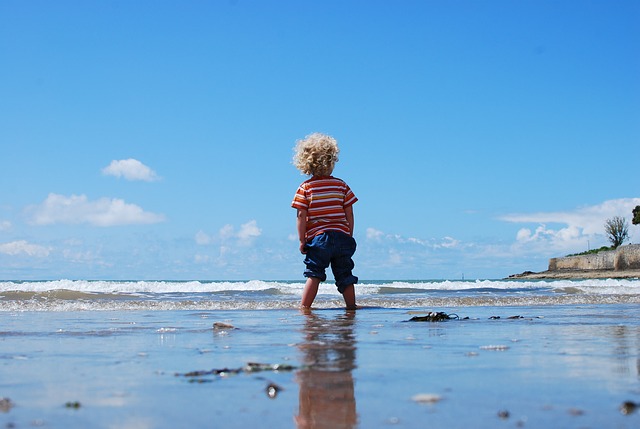 Tilo hurriedly walked towards the ICU. She was running a few minutes late for her ICU posting. Tilo was a young 22-year old medical intern at a hospital in India. While her focus was only on reaching the ICU as soon as possible, she heard a loud call, “Akka” from a nearby economy ward window. She did not pay attention because there was nobody who could call her Akka (meaning older sister). Akka was a term used in Indian villages to address one’s older sister out of love and respect. Tilo was a city girl. Why would someone call her by that name? She kept moving forward. She again heard the word, “Akka” and this time it was loud and clear.

Tilo finally stopped and turned back. A little boy of around 6 years of age was frantically waving at her from the economy ward window. He wanted her to come to him. Tilo did not have the time but she couldn’t break his heart. She broadly smiled at him and walked back towards his window. His joy knew no bounds. She asked him why he had called her. He did not know what to say. He was blushing. He hid behind his mother. Tilo smiled and waved at him and continued walking to the ICU.

For the next few days the same story repeated. Tilo was getting used to meeting her little friend Arun daily. She made it a point to get him candy  everyday. Arun’s parents told her that Arun thinks she was his fairy or a princess. Arun had heard stories of beautiful fairies and princesses from far away lands, from his village elders and he thought Tilo fit their description perfectly. His parents told her he still couldn’t decide what Tilo reminded him of – a fairy or a princess. Tilo giggled and liked the idea of being a fairy-princess for Arun. Although Tilo and Arun spoke different languages, they managed to understand each other. One day she stopped to talk to Arun’s parents about his health. They told her that they were very poor farmers from a nearby village. Their son Arun was being treated for gangrene at the hospital.

Tilo looked at Arun’s foot wrapped in guaze pads and bandages and had a lump in her throat. Gangrene was not a good sign. She hoped that Arun would get better soon. Tilo and Arun’s love for each other grew every day. To him she was an absolutely beautiful fairy-princess and he felt privileged and honored to receive her attention. For Tilo, Arun was her little angel who was teaching her courage and happiness each day. She admired his spirit that was never dampened by his poor health and extreme poverty.

Like all love stories, Tilo and Arun’s story also had its own storms to go through. That afternoon had arrived. Tilo was dreading this day but she knew she had to be near Arun that day. She did not know what she would see and how she would go through it but she decided to meet Arun. She slowly walked down the hallway breathing heavily. She finally reached the economy ward where Arun was being treated with several other patients. She had reached just in time. Arun was eagerly waiting for her. She handed him his candy as usual and stood next to him with no expression on her face. She was scared for Arun.

Arun’s doctor and nurses arrived to take off his bandages one last time. It took them few minutes to unwrap his leg. The bandages came off and Tilo looked at Arun’s leg. The gangrene had eaten away Arun’s foot. It had to be amputated to stop the infection from spreading to rest of his leg. Tilo stared at it. She was numb. Although she was a medical student, this situation was new to her. She stood there not being able to react.  She was suddenly shaken from her numbness by Arun’s voice. She quickly looked at him and caught him staring at her and looking directly into her eyes.

She knew she had to act soon. Arun himself looked shocked by not seeing his foot. He had been prepared for this moment but how could someone really prepare a 6 year old about loss of a foot. Arun began to cry but he did not stop staring at his Akka. His eyes had a lot of questions for her. Nobody understood the powerful intensity of that moment. Nobody realized that Arun had asked Tilo the most important questions through his innocent eyes.

But her heart had heard them all. At that very moment Tilo held Arun’s hand tightly and gave him her most radiant smile. Their eyes met. She conveyed to him that she still loved him and will always love him. They hugged. All Arun needed was her approval and her acceptance. She told him she was so proud of him. Arun stopped crying and smiled. Tilo clapped her hands and the hospital staff and other patients joined her. They all cheered Arun for his courage. Arum beamed at everyone. He was not embarrassed about losing a foot anymore.

Arun finally went to bed knowing that his fairy-princess still loved him. He knew in his heart that his Akka would never stop loving him even if he did not have a foot. Arun had made peace with his situation but everything had changed for Tilo in that moment. Tilo had cried all day after coming home. She loved Arun like her little brother and she could not imagine how his life would be after this. She kept thinking, “Will the other kids accept him when he goes back?” “How will he play?” “How will he run?” Arun was too little to even think about these things. She knew he would eventually have to adapt to his reality.

Tilo told me that she would have created another future for Arun if she had not acted on time. Every child believes in something or someone when they are growing up. And that someone in turn teaches the children to believe in themselves when they grow up. During his hospital stay, Tilo had become Arun’s reason to accept and heal faster from his sickness. Her smile, acceptance and love was all he needed to accept himself. She was happy that she was blessed with a loving heart to give Arun what he needed the most at that time. Soon after that Arun left for his village with his parents to begin a new life.

I asked Tilo if she missed him after that.

Tilo replied with twinkling eyes, “It has been ten years since Arun came in my life and to this day the word Akka still echoes in my head.”

Tilo continued, “2-3 months after Arun left, I was walking in the hospital with my friends when I suddenly bumped into Arun and his parents. He was back for a routine check up. The minute Arun saw me, he ran into my arms. I sat down so he could hug me. What amazed me even more was in spite of having an amputated leg inside his bright red canvas shoes, he was walking and running. Arun had learned to adapt. He had accepted his situation.”

Tilo took a long pause and dreamily looked into nothingness and finally said to me, “Arun had accepted his leg the way it was but I had never been able to accept such a cruel fate of this little boy. I stepped in his life for a purpose but I think his purpose for stepping in my life was greater. His role in my journey was bigger. There couldn’t be a better closure to our story.”